Home / What makes the Isle of Patmos significant?

What makes the Isle of Patmos significant?

The Isle of Patmos

Greece is made up of 6,000 islands. Only 227 of them are inhabited! Travelers come from all over the world to swim in the crystal clear blue waters and relax on white sand beaches. But is there more to be experienced than soaking up Mediterranean sunshine? Which islands offer a history lesson along with their beauty? Is there more to Greece than Santorini and Mykonos? What exactly is significant about the Isle of Patmos?

Are we in the Last Days?

The 2020 pandemic, civil unrest and signs in the heavens has caused many Christians to consider how these events could be part of the “last days.” Perhaps, we wonder, is that what John witnessed and recorded in the Book of Revelations?  The comparisons and implications of these connections are significant and worth time spent studying. Additionally it is interesting to think about John the Revelator. Do we know where he received his vision?

Who was John the Revelator?

John, also known as John the Apostle, John the Beloved, John the Divine and author of the 4th Gospel. The Savior asked John to care for his mother, Mary. John traveled to Asia Minor with Paul and was later exiled. Diocletian exiled him to the Isle of Patmos, a small island off the coast of Asia minor, modern day Turkey. Locals describe their island as  “lacy” island, because of undulating coastline with many coves and bays. The island is part of the Sporades, the southeastern group of islands of the Aegean Sea. No one knows for certain where John lived. Tradition tells us that he spent his time working in the marble mines and in the caves on top of the hill Hora.

Monastery of St John the Theologian

Today, the Monastery of St John the Theologian sits on this location on the Isle of Patmos. Built in 1088, the monastery looks like a Byzantine castle and is a fortress with walls over 15 meters high. Monks still live, work and worship in the monastery today. Monks allow visitors to tour the maze-like structure and visit the museum with relics. Artifacts include biblical manuscripts, priestly vestments woven with gold and silver thread, and a Papal Bull all dating from middle ages through the renaissance.

Cave of the Apocalypse

The monks also allow guests to enter the Cave of the Apocalypse. This cave turned chapel is the proposed site where John received the vision of the history of the world. Most especially he detailed the Last Days before Christ would return, also known as the Apocalypse. No photography is allowed, and silence is expected as you explore the cavern. It is worth visiting to consider the significance of what occurred here, or at least somewhere on the Isle of Patmos.

Monastery of St John the Divine

Exploring the monastery is walk through history. For instance, the wall paintings in the chapel of The Virgin Mary date back from the 12th century. In addition, the refectory, where the monks ate their meals together is a rectangular room with two long tables covered with marble. The niches worn into the marble where monks placed their personal items are still visible and frescoes on the walls dating to 1180.

Next is the bakery. The bakery is across the main courtyard which contains huge stone oven and a long wooden trough where the monks used to kneed their bread. In the narthex of the main chapel there are wall paintings from the 17th century. The represent different miracles performed by Saint John the Divine. Lower paintings date from the 19th century. As a result, the monastery is a UNESCO World Heritage site.

Mark and I visited the Isle of Patmos last September. We were eager to visit this remote location and consider its significance. Our Apostle Paul tour group will have the opportunity to visit this Grecian isle in the afternoon and evening on the second day of the cruise. The ship cannot come into the port directly, so guests will have to take a tender to the port town of Skala. From there guests walk to the Monastery by following the steep uphill paved road to the left of the kiosk that is near the bus station. Getting a taxi ride to the top is also an option.

The Book of Revelation

The exact date of when John received the revelation is unknown. Nor is there any record of when John left the Isle of Patmos. We know that John asked the Savior to stay on the earth until his second coming. Local traditions holds that John was taken into heaven, as his body was never found. Where is John today? Most importantly, we believe he continues to be a disciple of Christ wherever he is needed. He is helping bring about the Zion he foretold in Revelation. 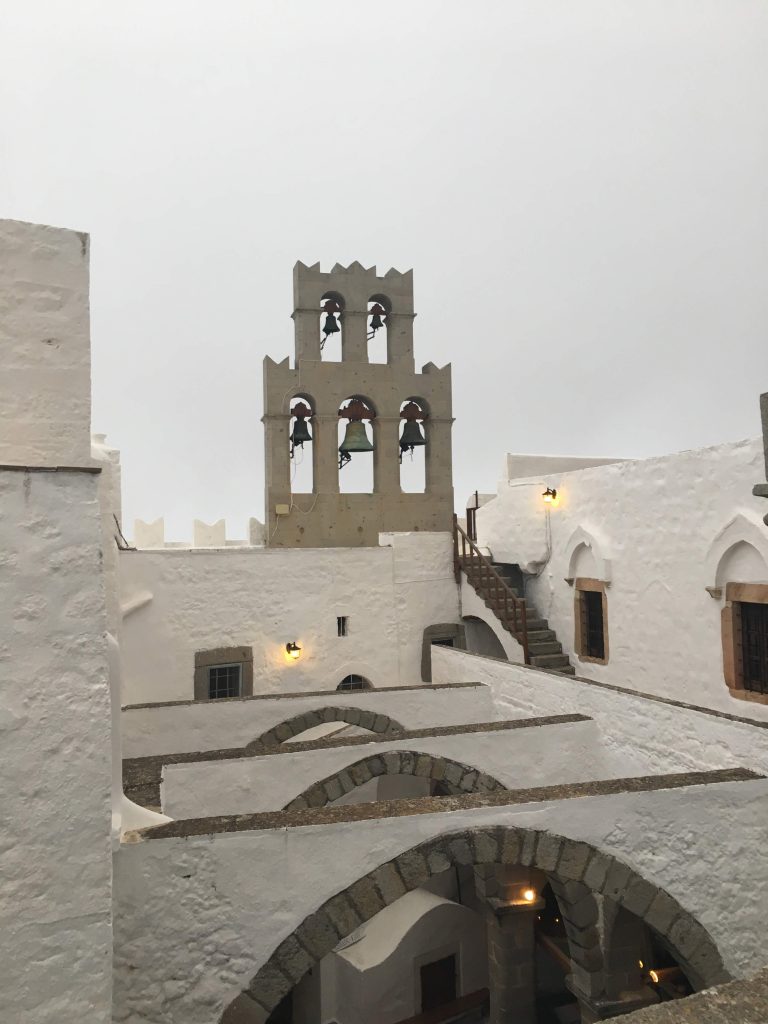 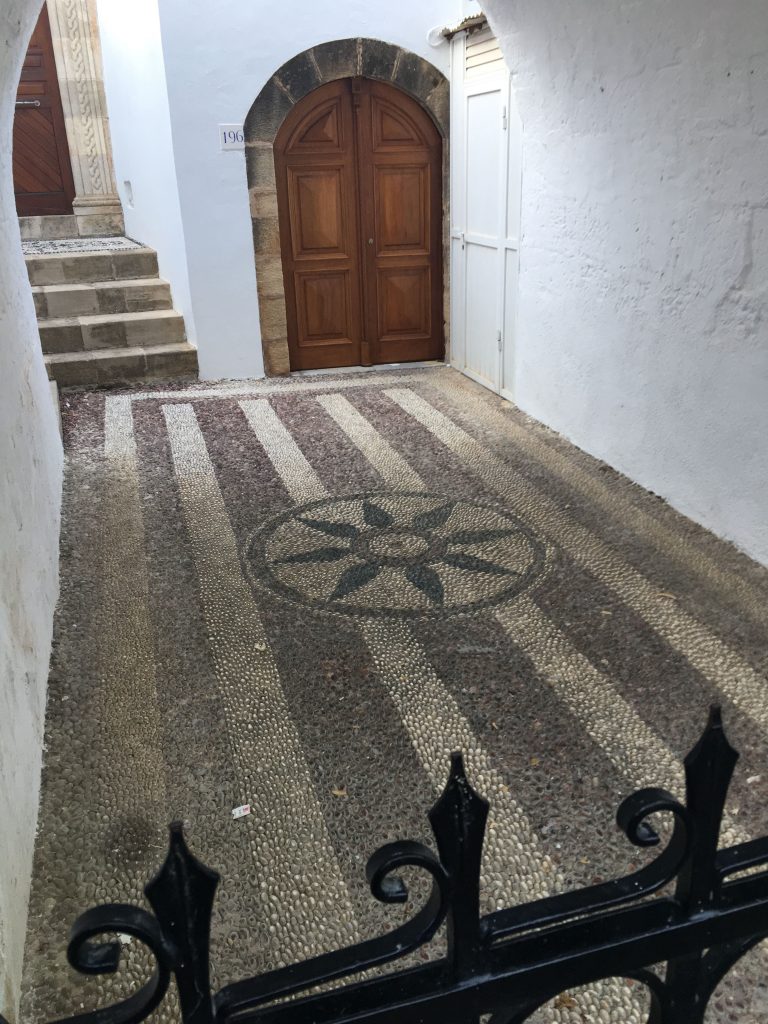 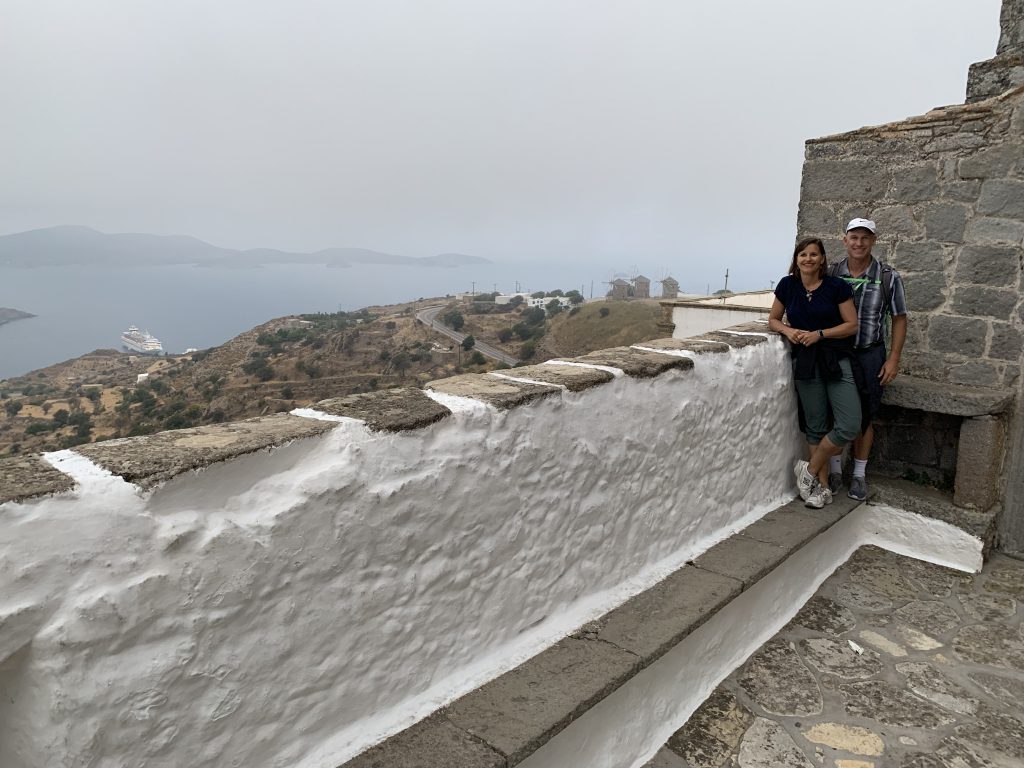 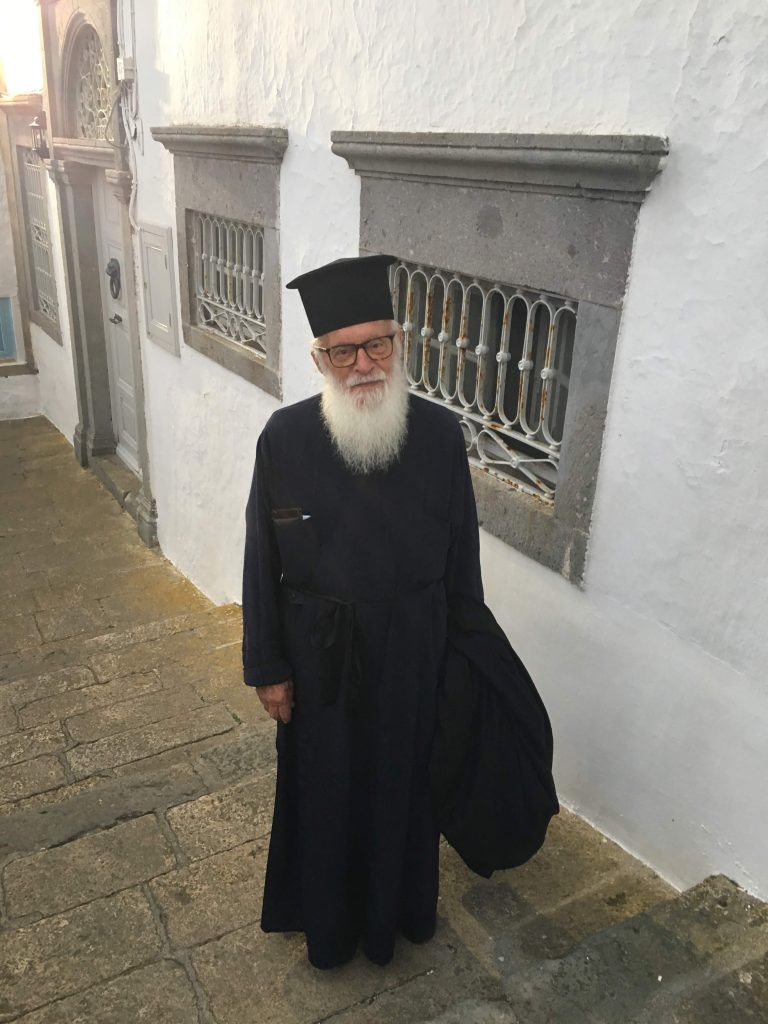